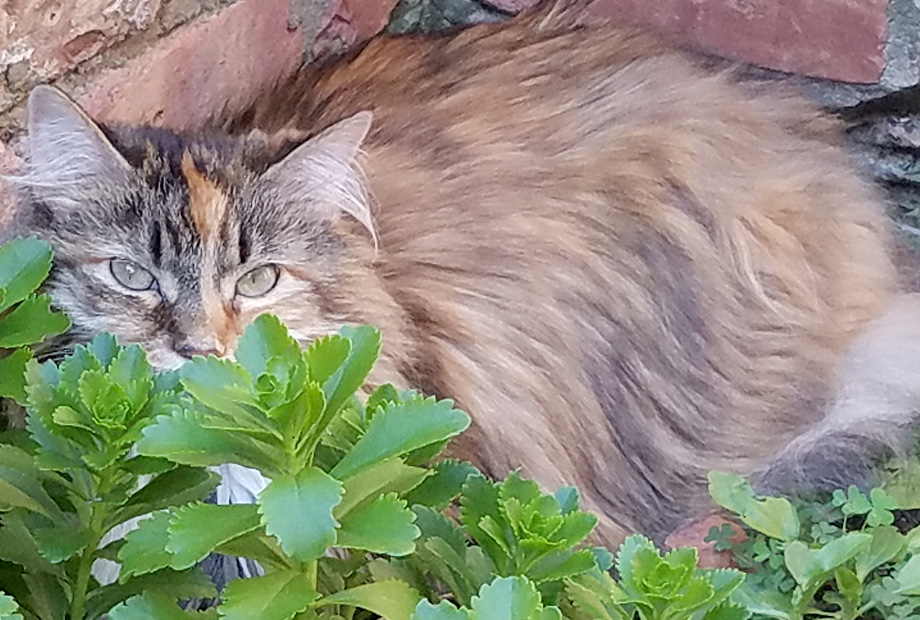 You have no idea how extremely thankful I am for the assistance Ellie’s Rainy Day Fund and Dr. Lockhart at Miami Valley Animal Hospital provided to me and my Gabby. Thanks to you, we are still together. We will be forever grateful.

A Letter from Gabby's Mom

Gabby, my fur daughter, was miserable. That meant I felt miserable too. She was struggling to breathe but I couldn’t afford to get her any help.

Three years ago, Gabby was diagnosed with asthma, and has been struggling with attacks ever since. The vet said if it wasn’t treated, it could kill her. She has had steroid shots every 6 months or so to help keep her symptoms under control. Unfortunately, my financial situation became so grim after losing my job that I could barely afford to keep a roof over our heads, let alone pay any vet bills. Gabby’s asthma got worse, and the attacks became more frequent.

Gabby came into my life 8 years ago when I found her crying in the bushes in front of my apartment building. Her eyes were open, but just barely! I kept waiting for her mom or other siblings to show up, but no one ever came. Gabby had been abandoned.

I first tried to add her to my family, but even though she was a tiny little thing, and so young that her teeth could only handle soft food, it was obvious that my 2 other cats were not going to accept a newcomer. So for years she lived with my boyfriend. Things came full circle when he died unexpectedly, and Gabby and I found ourselves together again.

The years following his death were filled with loss and grief. Not only had both of my parents passed away during that time, but eventually all my older cats did too, leaving Gabby and me alone. To make matters worse, I was laid off from my job and forced to move in with my sister.  But then she retired last year and moved so now she’s gone as well.

I swear, if it weren’t for Gabby, I’m not sure what I’d do. She’s who I get up with. She’s who I talk to. It’s with her that I end my day.  I even have an Emotional Support Letter from my doctor so she can always be with me.

I’m happy to say, thanks to a referral to Ellie’s Rainy Day Fund, my Gabby got the shot and the oral medication she needs to be keeping her asthma in check.

You have no idea how extremely thankful I am for the assistance Ellie’s Rainy Day Fund and Dr. Lockhart at Miami Valley Animal Hospital provided to me and my Gabby. Thanks to you, we are still together. We will be forever grateful.