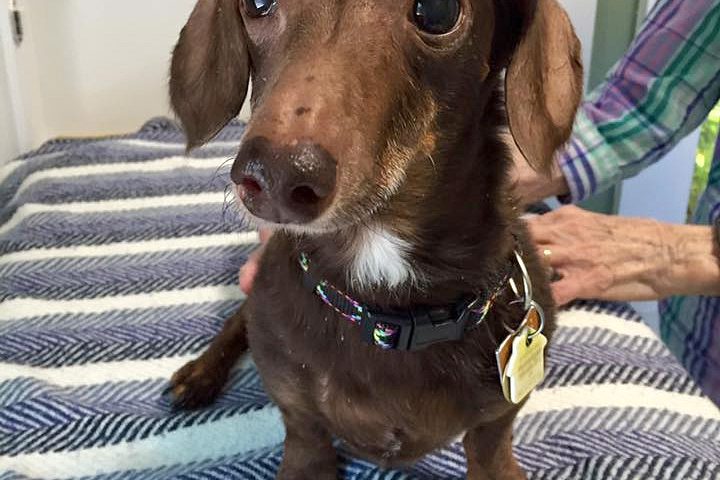 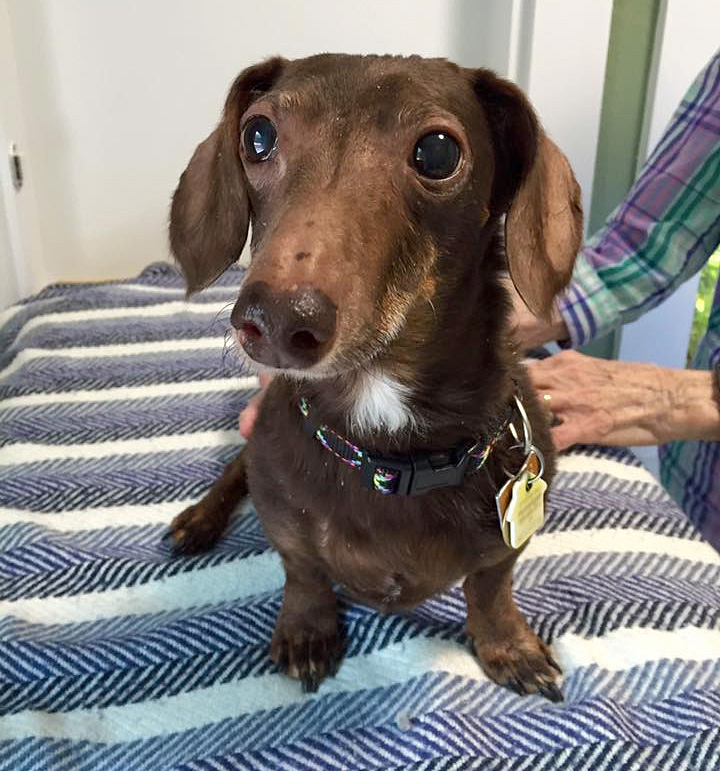 Thank you, Ellie’s Rainy Day Fund, for helping our girl to get the tests she needed to guide her treatment.

Cocoa Brought Lots of Love and a Dash of Mischief.

Cocoa was an 8lb smooth chocolate Dachshund who came into our life as a stray and had been placed with the rescue group for which we were a foster home. After an unsuccessful placement and several home visits which did not work out, my husband and I adopted her in July, 2007.

We quickly learned that Cocoa was an accomplished escape artist and quite a jumper! No food was safe on the table or counter top. Once, I even saw her run into the living room with something in her mouth and as I was trying to move the sofa out enough to get to her, I realized she had decided to clean her teeth by chewing on a Brillo pad. If I opened the linen closet door, somehow she managed to sneak in and make confetti of our toilet tissue. I think even when she was asleep, she was dreaming of what she could eat or get into next.

Cocoa was always getting into trouble, but she also had a soft side and seemed to sense when I was not having a good day. She would either get on my lap or sit very close to me, keep looking at me, then give me her special kisses. She just knew that made everything better.

Several months ago, Cocoa became lethargic, was not eating and was vomiting. There was a question about whether a previous bout she’d had with kidney inflammation had recurred. I was so worried. I had already faced several family losses within this last year, both human & canine. Thanks to the testing, a difficulty was identified with her liver, was treated, and she recovered from this incident. The opportunity for assistance from Ellie’s Rainy Day Fund to cover frequent blood work, urine cultures, etc. could not have happened at a more appreciated time. Cocoa was so fortunate to have been a recipient and we were so grateful; and we also want to thank Dr. Sue for deciding to apply to the Fund.

Sadly, our Cocoa recently had to be put to sleep. She was such a large part of our lives. Her passing has felt devastating and I miss her so much. I am thankful that with the assistance in part from Ellie’s Rainy Day Fund, we did everything we could for our special little girl and were able to have her in our lives a little longer.