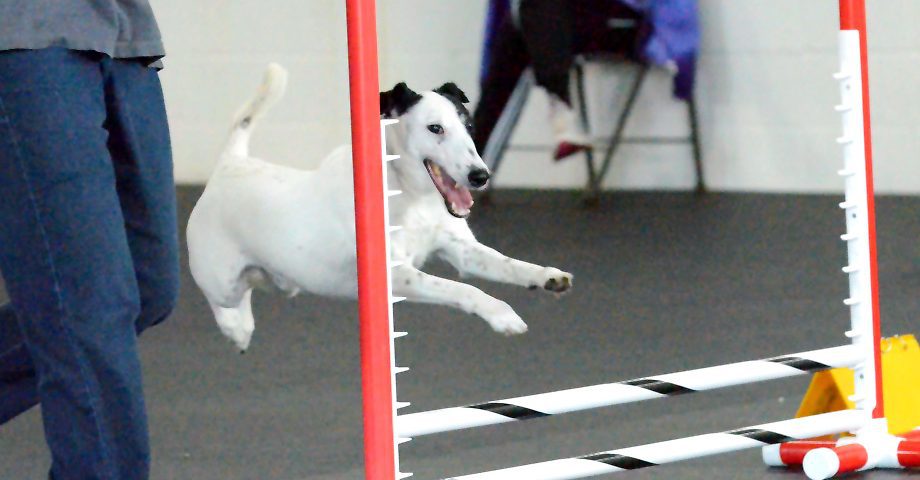 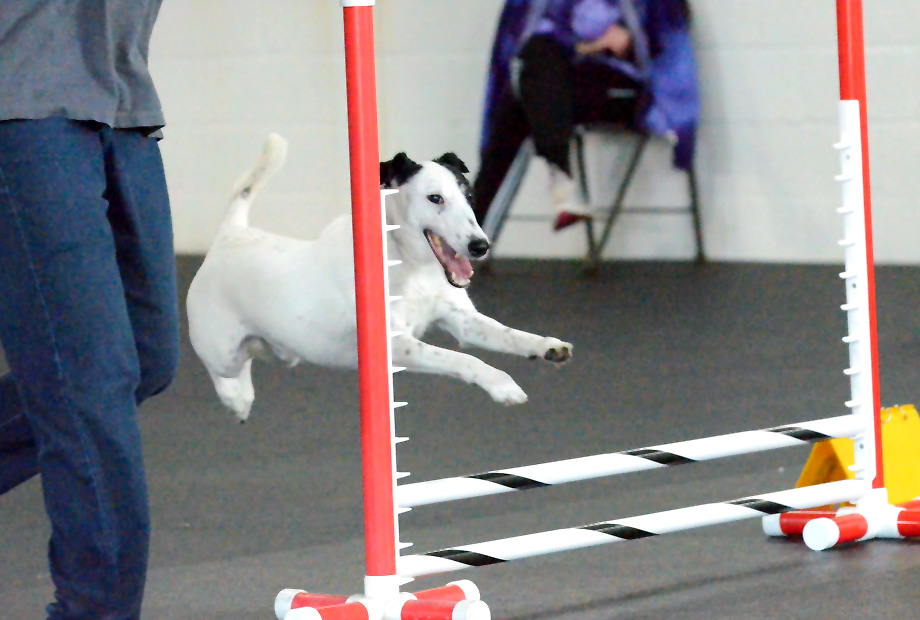 We are so grateful that Ellie’s Rainy Day Fund gave Sport a better quality of life right to the end. We miss him terribly, but it helps to know that we did everything we could for him.

From the time Sport was a wee pup he did things his own way but he was always a gentleman. He helped so many people and so many other dogs.

I remember the time a friend came to me at an agility trial and asked me to let Sport play with her puppy who had been attacked at a very early age by an adult male dog. I took Sport over to the pup and she hid. We sat down in the grass and Sport tried everything to get this little girl to let him approach, even crawling on his belly in an attempt to make her feel safe.

When that didn’t work he went over to my friend and curled up in her lap! He refused to leave. The poor puppy was in a quandary. She wanted her mother but Sport was there. Sport kept his head turned away from the pup until the pup got close then he would look at her and she would move back as far as her lead would let her. This went on for some time until the pup finally touched noses with him. Sport then jumped out of her mother’s lap and we left.

The pup slept the rest of the day and, I was later told, was no longer afraid. She grew up to become a dog who would work with fearful dogs and she did with them just what Sport did with her. 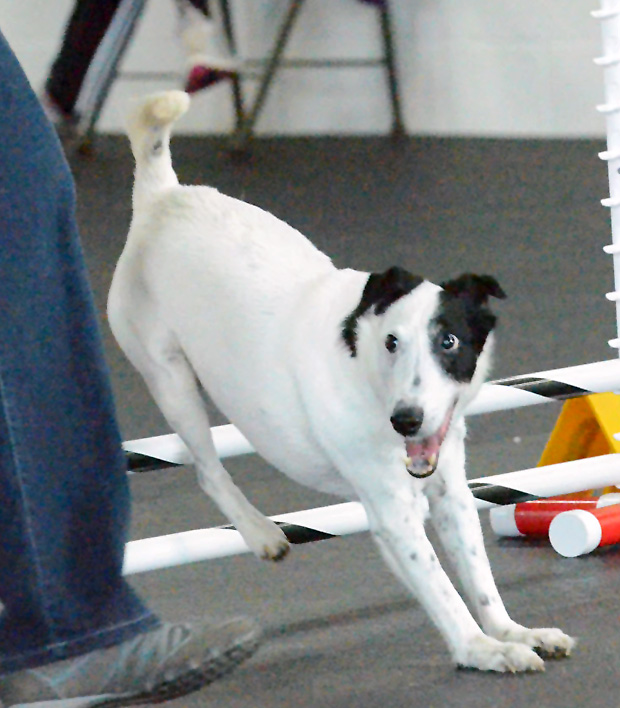 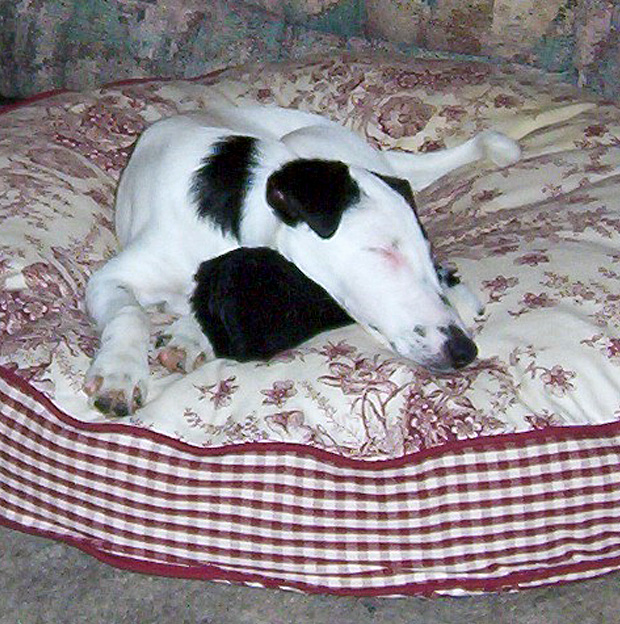 As a playful pup, Sport would run around carrying a toy that he would shake in the face of the older dogs. My older dog Fox really didn’t care to play with toys with other dogs. However, he loved puppies so when Sport persisted, he took the toy, let Sport tug for a minute, and then let go. After tumbling head-over-heels, Sport jumped up with pride, then garnered a curious expression that said “HA! I won…I think.”

Years later when Fox became depressed (he had developed cancer and could no longer walk) Sport, waived toys in Fox’s face until Fox eventually became so irritated that he grabbed one. They each tugged for a few seconds, then Sport let go, turned and proudly trotted out of the room. Fox began playing with the toy. I watched in amazement as his depression lifted. Fox was his usual happy tricky self again!

He lived to run! Training and running brought him joy. Even at a young age, Sport excelled and exceeded expectations.

Shortly after we brought Sport home, we went for a semi private lesson in agility. I had Sport on lead and was talking to the trainer when Sport jerked the lead from my hand and ran to a black tea cup tunnel and went through. I brought him back and he did it again. I brought him back and this time when he did it I took the lead off and sent him thought the tunnel, first one way then another. At 9 week and 3 days his agility career had begun!

He would always tell me when he was going to do something I wasn’t going to like and he would laugh about it.

Contacts always were the one thing he would fault on purpose. Any other fault he received was always because of me, but when he chose to fly off the dog walk, which he did almost every standard run early in his career, he would look up at me and laugh, unfurl his invisible cape and fly.

We only ran in a few trials a year as I was usually away judging. So, Sport was 7 years old when he earned his C-ATCH. In 2010, he went into nationals needing 3 standard runs to qualify. Friday he aced the course. Saturday he aced the course. Sunday, he was amazing… for the first four obstacles. Dogs were faulting right and left on this course. First fault was an off course and the second, requiring a 90 degree turn to 12 weaves created the second fault. If the dog made it past one of those, he would then take the wrong side of the next obstacle, which was a tunnel. Sport flew over the first 2 jumps, made the 90 degree turn on his own and entered and completed the weaves perfectly. He then looked at me and clearly said, “I’m going to the tunnel now”, and took the correct end. He was making me look like I knew what I was doing!! Then, up the dog walk and across he went. On the down side he looked up at me…unfurled the cape and flew.

He got his C-ATCH in a standard in Illinois where I was supervising a judge, who I consider a friend, on a very nice standard course. For the first time in his life he was over time by exactly 5 seconds, which was all he was allowed. When we got to the dog walk, the next to last obstacle, he ran up, and across, then walked slowly down, placing a paw, looking at me, placing the other paw, looking at me, all the way down until one paw was in the yellow. Then he jumped off and flew over the last jump. He got his C-ATCH, something I never expected or asked for, on his own terms... which is how he always lived..

His first CPE trial took place in July, 2004, and I will never forget his first Snooker run. It was pouring. The rain was beating on the easy up we were standing under while waiting our turn on the line. I was holding Sport in my arms and he was looking at the roof. I was sure I was ruining my dog but making him afraid due to the rain and the noise of it on the roof. We went to the start line. The rain was so heavy I could not wear my glasses. Our start was delayed because the scribe was talking to someone. The number seven obstacle was a 3 jump combo and it was set near the start. I planned to do 3 sevens then only enough obstacles to get the points he needed to Q. The timer said “go” and we took off. We got the 3 sevens and when we came over the jump he needed to have his points I started to head to the table but saw Sport look up at me as he headed for the next obstacle. I knew in that moment that, while my plan was to end it quickly, his was to finish the entire course. He was going over the second jump in the number seven combo when the whistle blew. I knew I had an agility dog and one that would be a joy to run. He finished that Snooker, his very first, with 48 points and a first place. From then on we did 3 sevens in the opening of Snooker if there was any way to do it.

Sport was diagnosed with a bladder tumor. He was receiving chemotherapy with frequent blood work. Prior to the diagnosis, he was receiving acupuncture and physical therapy along with herbal therapy for a chronic spinal condition. With all of the expenses of his cancer treatment, we were having trouble being able to keep up with the therapy Sport needed.

Sadly, Sport recently passed away, but we are so grateful that Ellie’s Rainy Day Fund gave him a better quality of life right to the end. We miss him terribly, but it helps to know that we did everything we could for him. 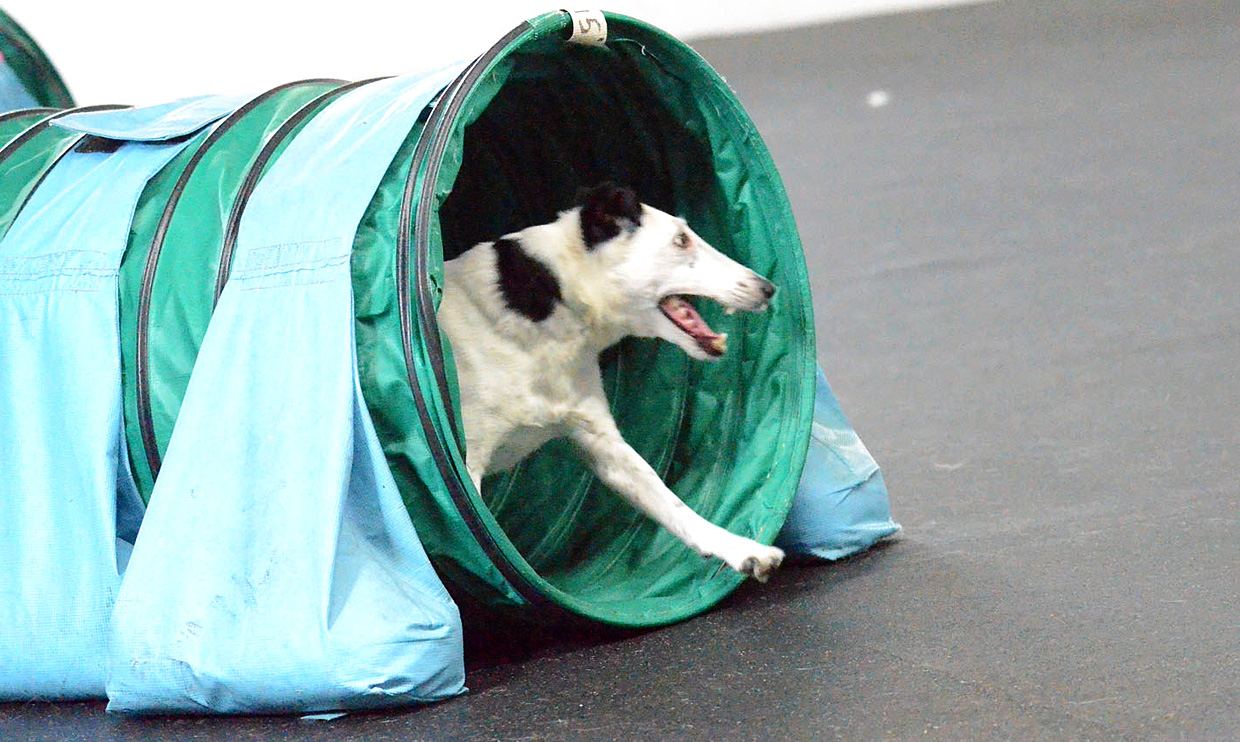 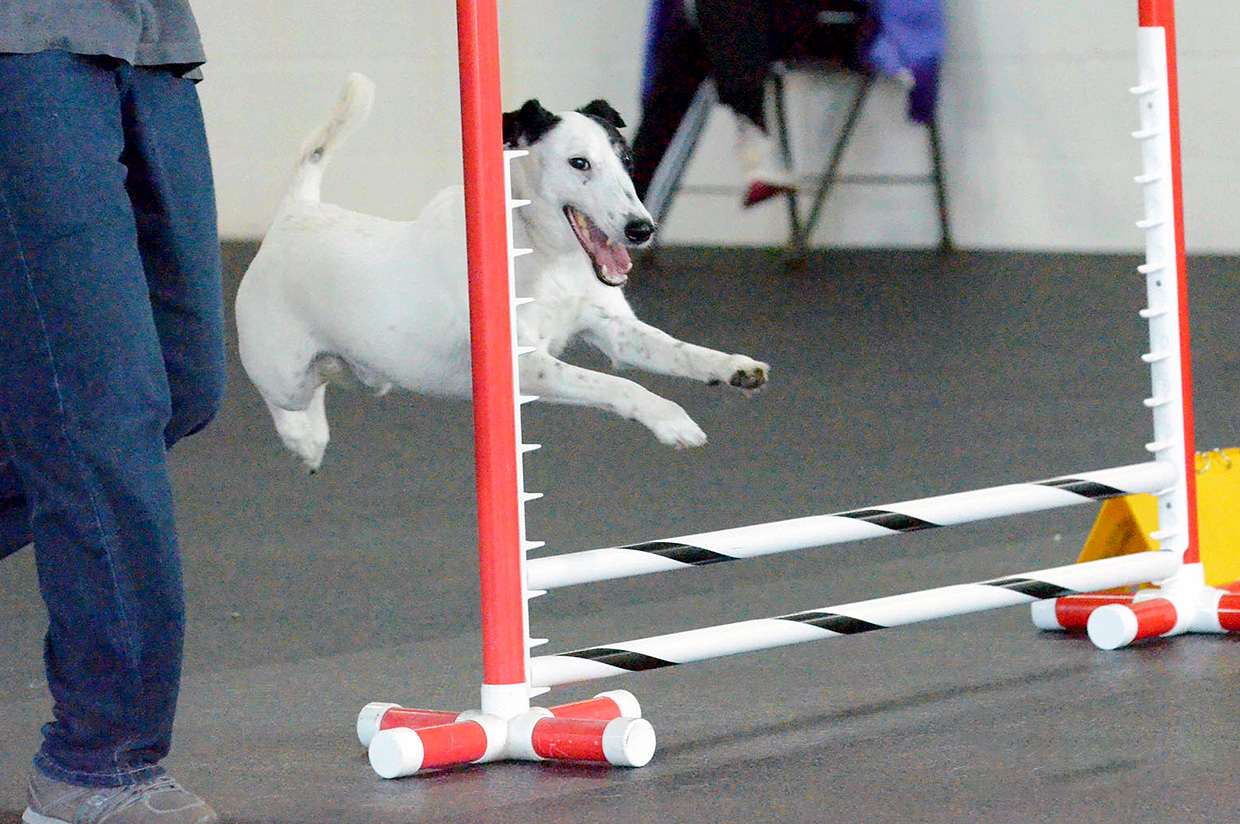 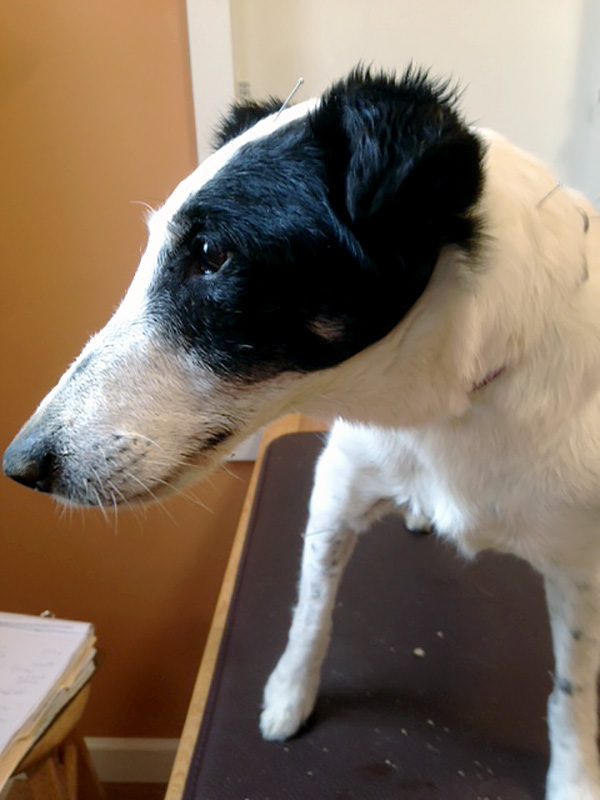 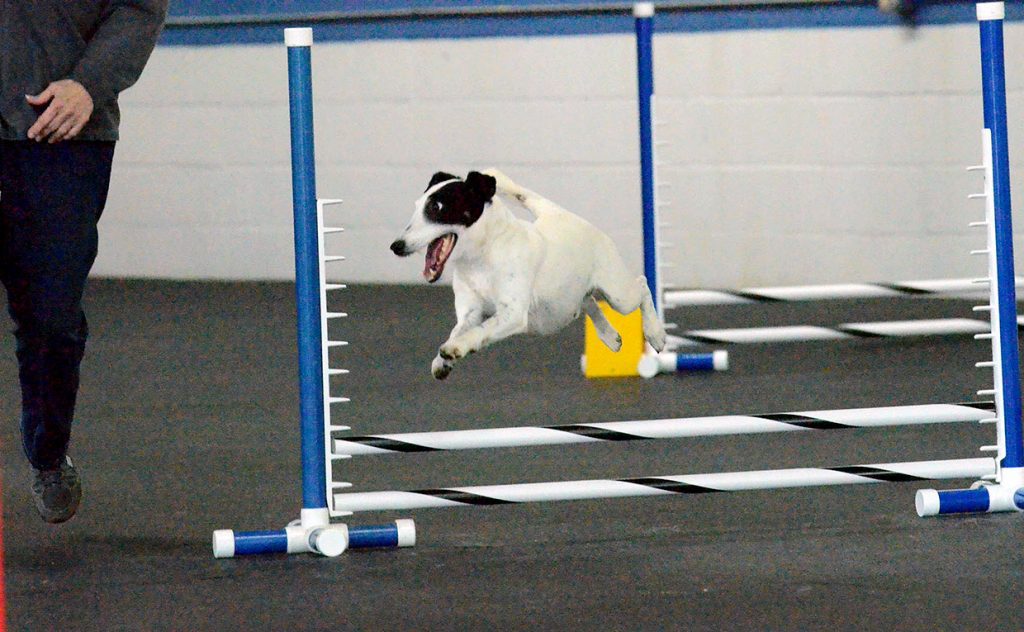 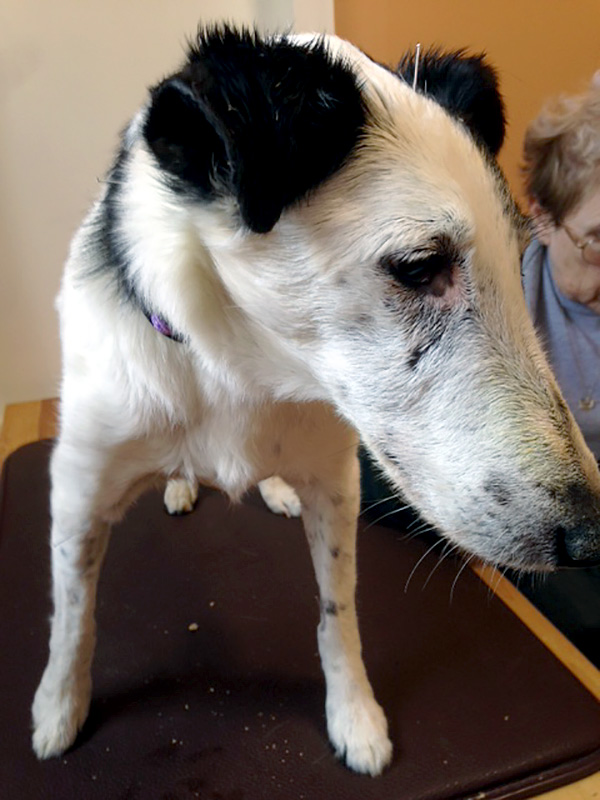 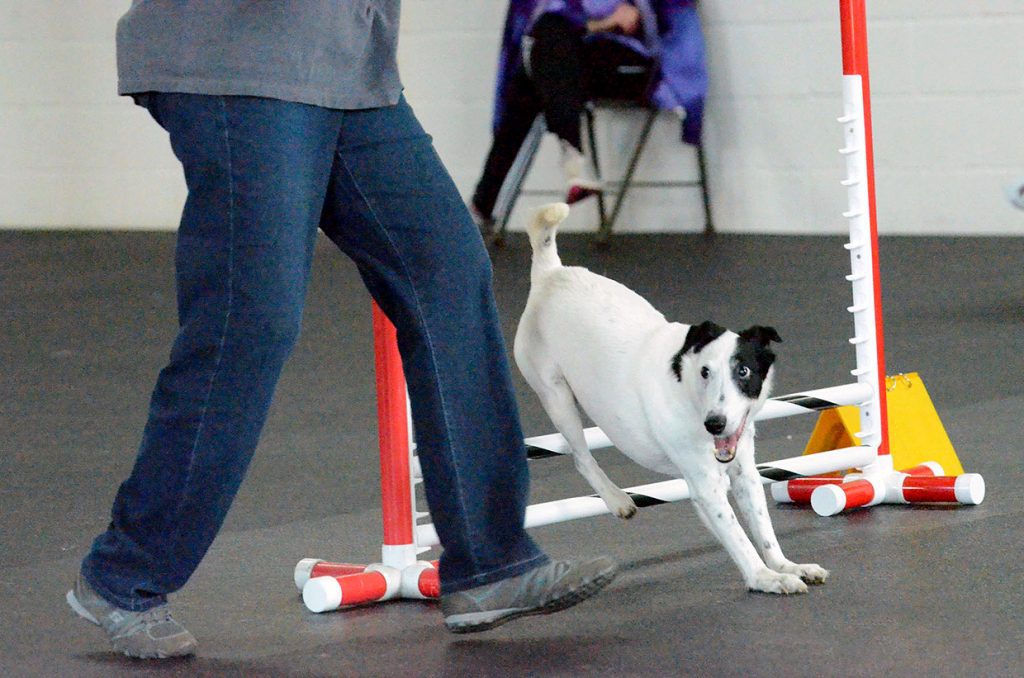 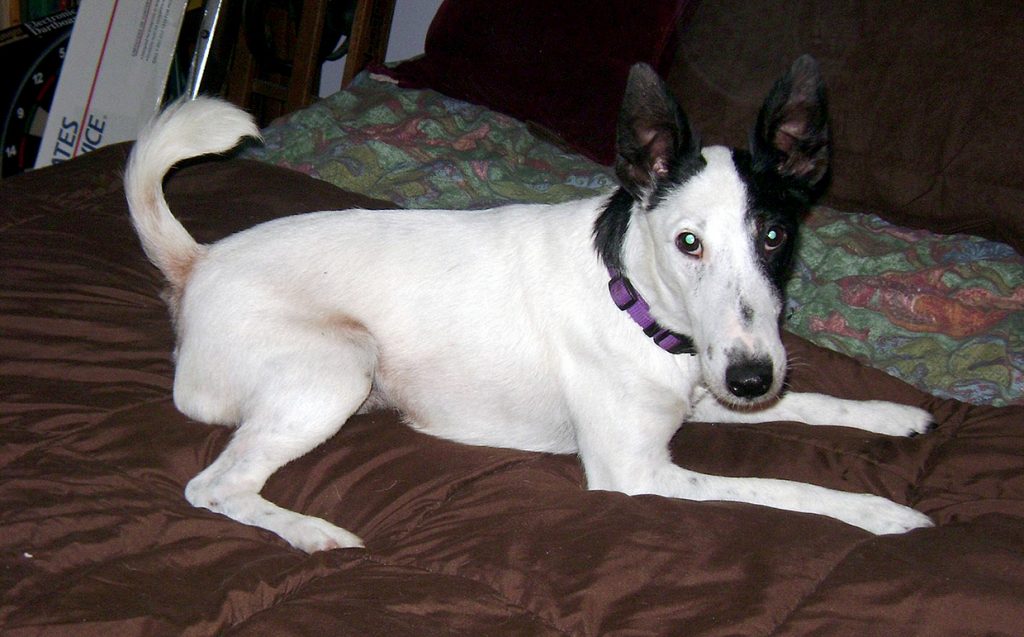 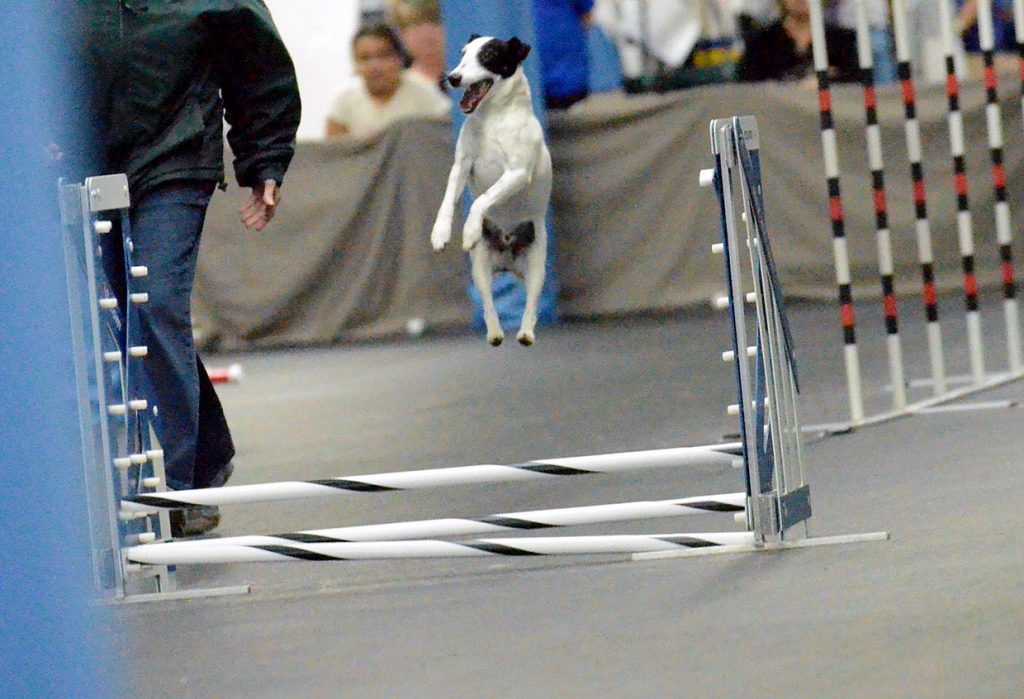 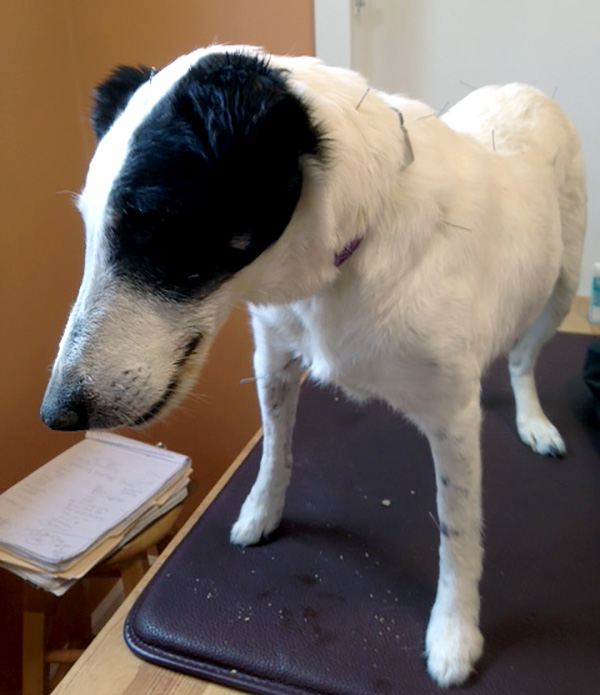 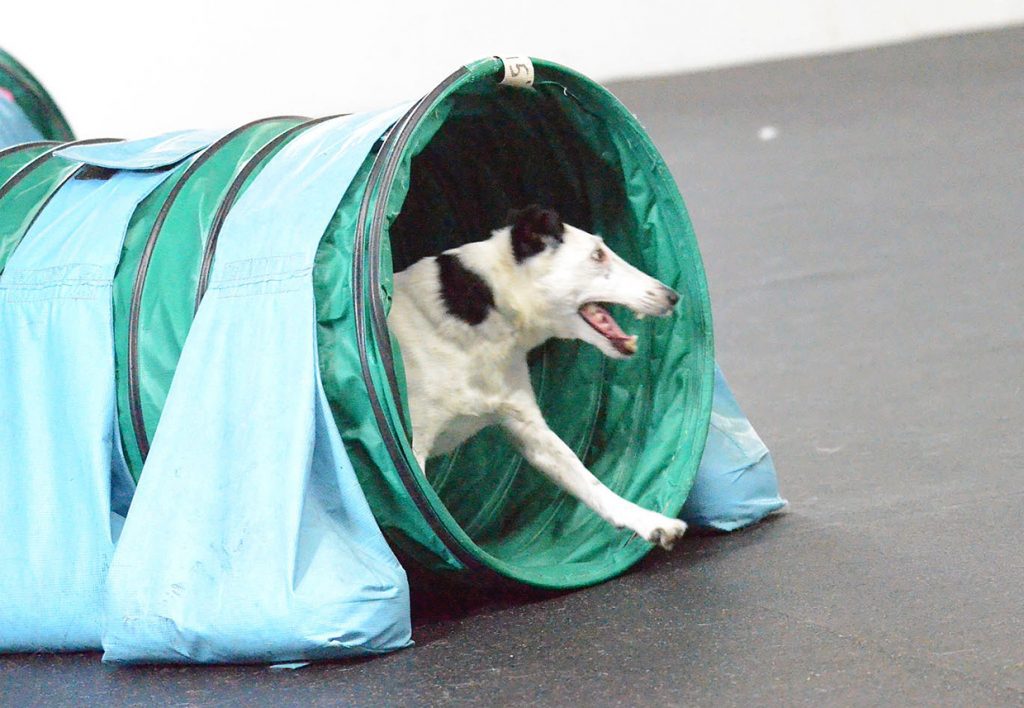 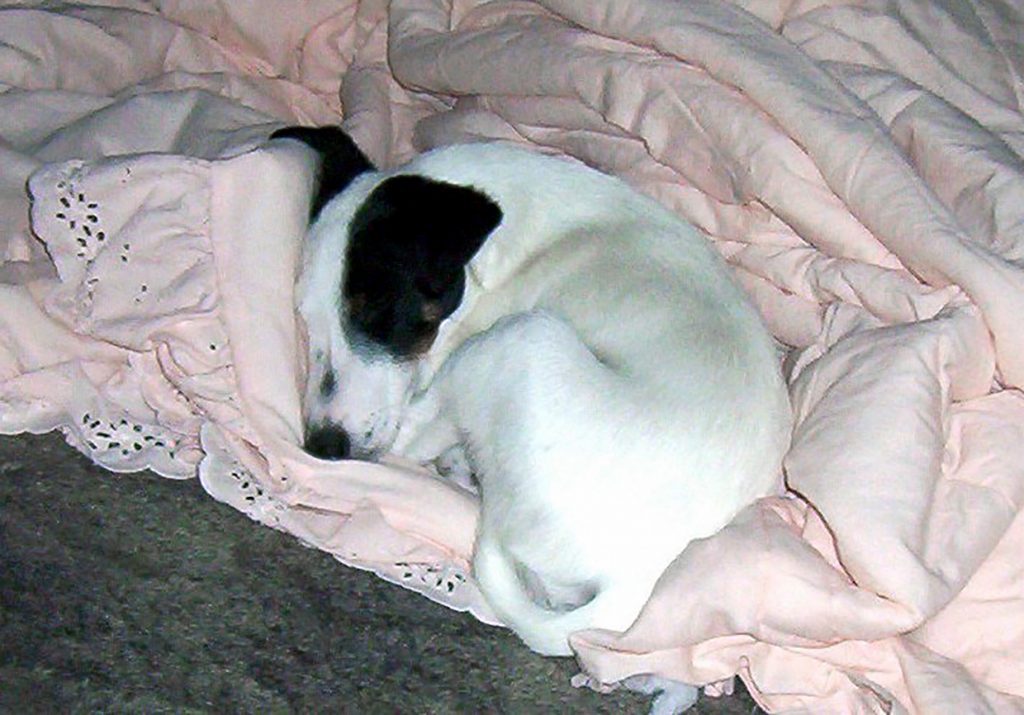 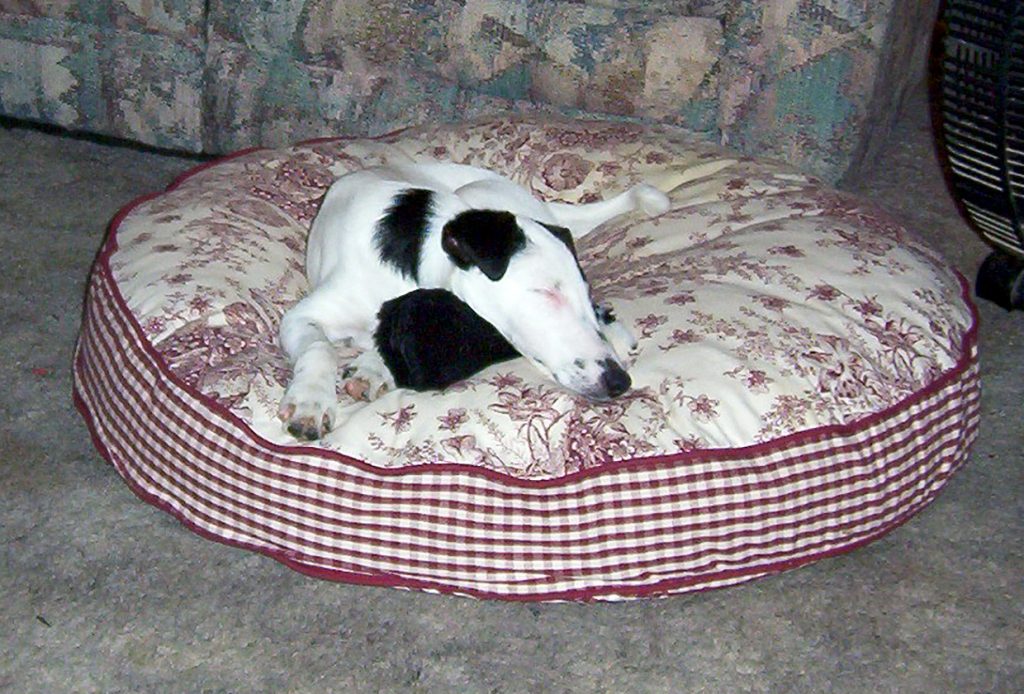