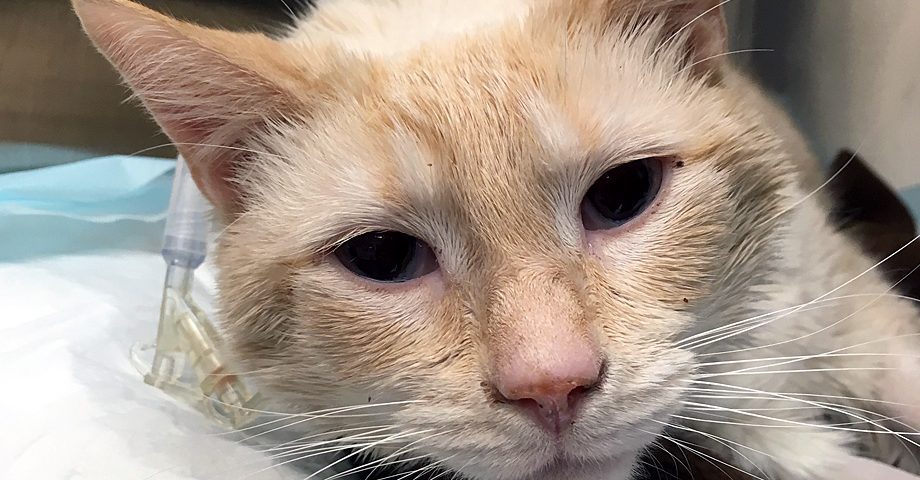 Ellie's Rainy Day Fund partnered with the hospital to pay the bills and give Starbucks a chance. 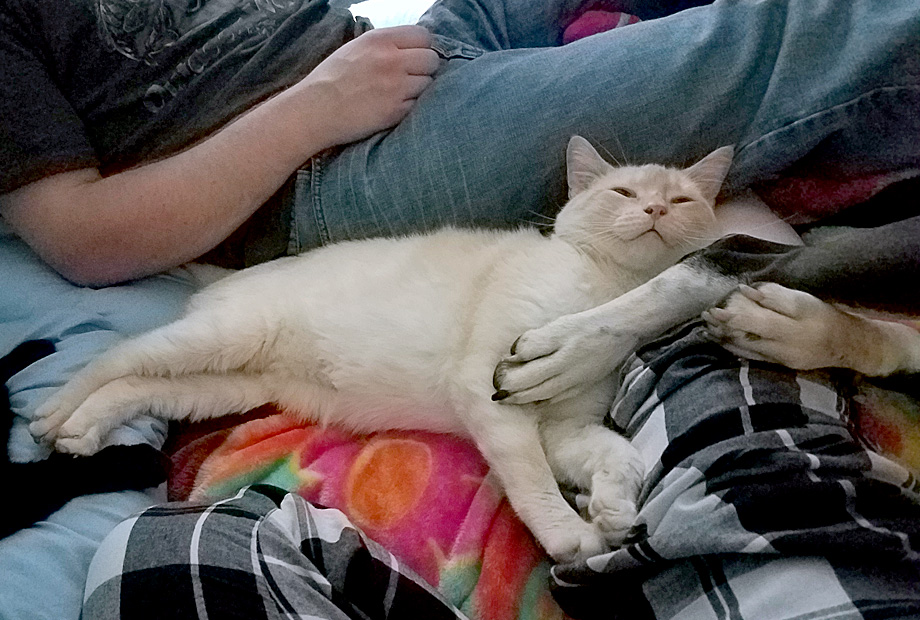 When the vet told us that Ellie's Rainy Day Fund had agreed to help Starbucks, we wept. We'd exhausted basically everything we had, and we were both so scared we were going to have to let him go because of the cost. I don't know how to sufficiently express the gratitude we have. I'm still in a state of stunned disbelief.

A Letter from Starbucks' Mom & Dad

We got Starbucks when he was just 6 weeks old. That meant he couldn't eat solid food or poop on his own yet, so we had lots of daytime and middle of the night bonding time with him while keeping him alive.

He's now 3 years old, and has always been a kitty of contradictions. On one hand, he's kind of a solitary cat who doesn't like much petting. On the other hand, when I (Starbucks' mom) go into one of my deep depressions, he lays on me day and night purring until I get better.

He's also very good with our other animals. He calms them when we take in fosters, and even cuddles the shy ones. It's as if he knows life is rough and he tries to make it better. 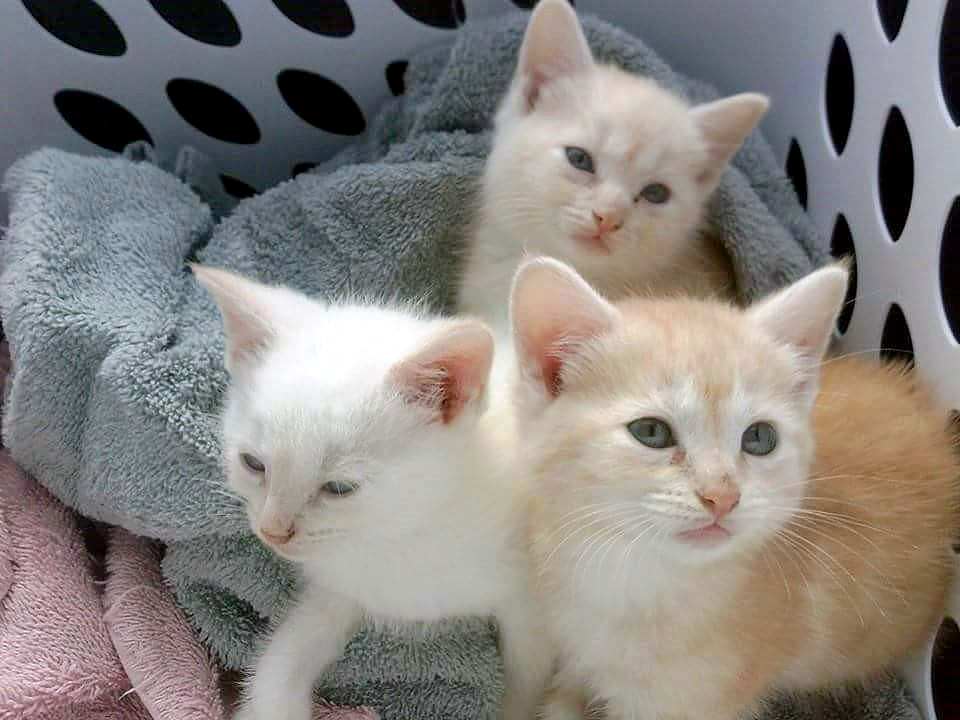 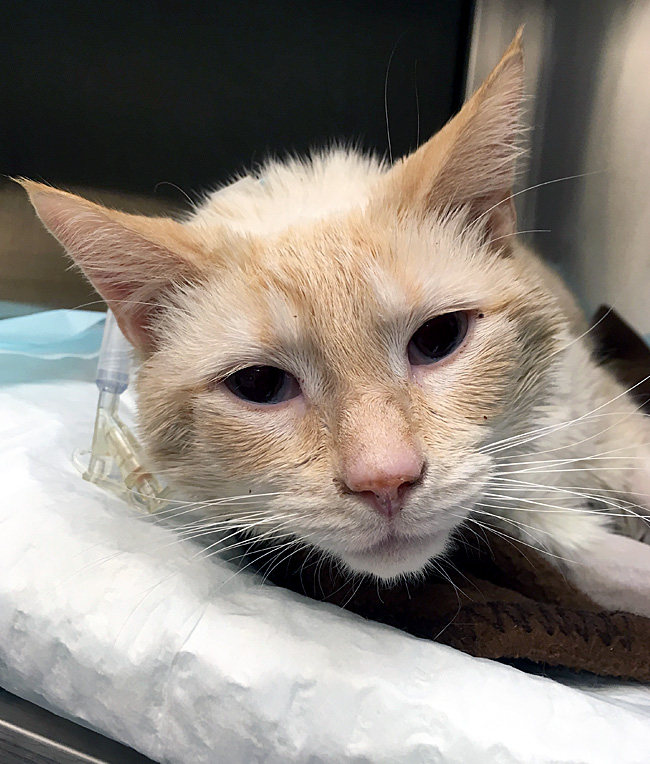 We were devastated when, several months ago, he snuck out with our dogs during their 5am potty break, and we later found him ripped open and bleeding in the backyard. Some predator had attacked him, opening his abdomen and disconnecting some tendons that connected his legs to his torso. We frantically raced him to the ER, but with the extent of the damage, the bill for the work needed was way beyond our means.

So, anyone who's reading this can guess what happened next. Ellie's Rainy Day Fund partnered with the hospital to pay the bills and to give our boy a chance. The surgery was even more extensive than they predicted. And after he first came home, he had to go back into the hospital because his stitches came open. More surgery. More cost.

When they told us that ERDF had agreed to help Starbucks even more, again we wept. We'd exhausted basically everything we had, and we were both so scared we were going to have to let him go because of the cost. I don't know how to sufficiently express the gratitude we have. I'm still in a state of stunned disbelief.

It's been a long road back but Starbucks is back to being Starbucks. In January, he resumed being as talkative as can be, not to mention as stubborn. We began to wake up to him having escaped his healing area to lay across my (Mom's) face curled up to my arm (just like he used to!). In February, he finally got out of the onesies he'd worn for so long to protect his incision. In March, even though they had told us he would more than likely never be a jumping cat again, he began clearing the top of my (Dad's) pillow top; a four foot vertical leap that puts me to shame. This month, though he had a small setback and had to be again separated from the other animals, he made a discovery while being confined to the bathroom. When the E-Collar is too tight for him to knock off with the door, it will hold a respectable volume of water. He showed us this discovery by filling it up, and filling (his human Mom's) pants with a cone full of water every time she visits the bathroom! 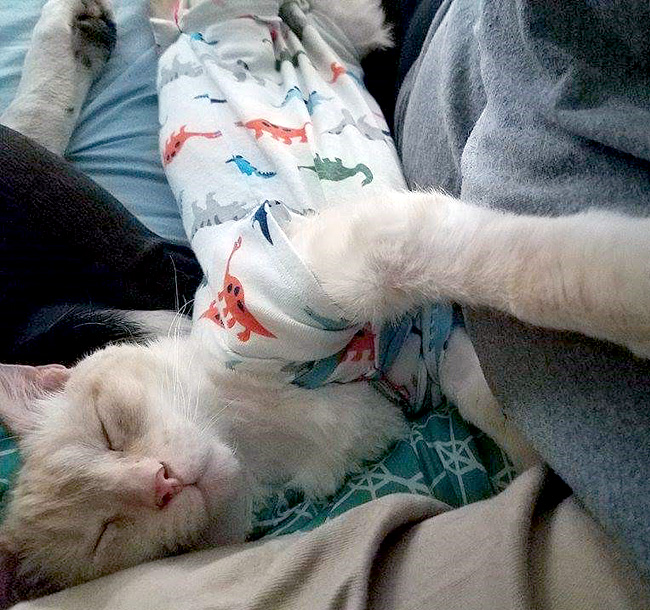 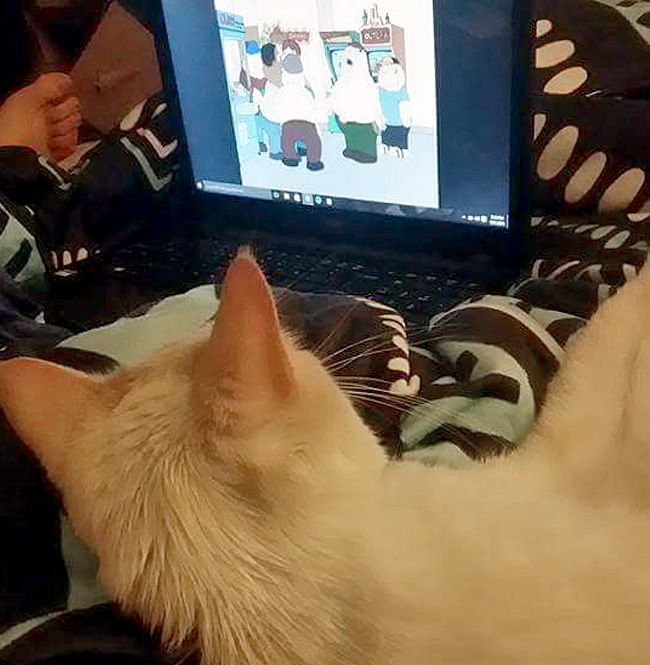 We really cannot begin to express how grateful we are.

When we found Starbucks that morning, we just knew that we'd have to have him put down; that there was no way Donatos and Walmart pay enough to give him the care he needed. His wounds were so bad, and his eyes were so pained, I (Starbuck's Dad) just didn't have it in me to believe that there was another outcome.

Even after the first round of treatment, it was still hard to believe he'd pull through it any sort of intact and able to have much of a life, and after his incision opened up and he needed more surgery, I just couldn't process everything.

Tonight, however, I watched that darn cat try to climb out of his recovery area to get back to (his Mom's) bed via four different routes--as we blocked them one by one. I still can't believe it, but he's Starbucks again!

Thank you from the bottom of our hearts. 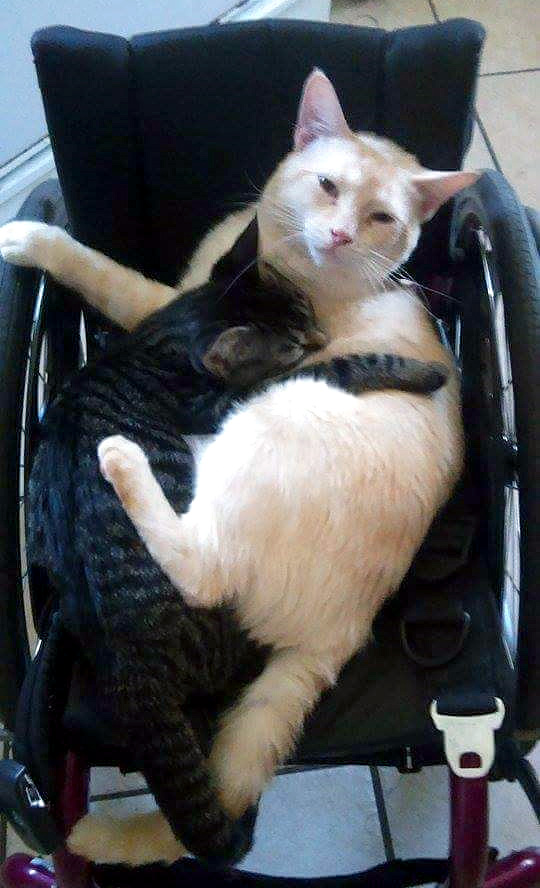 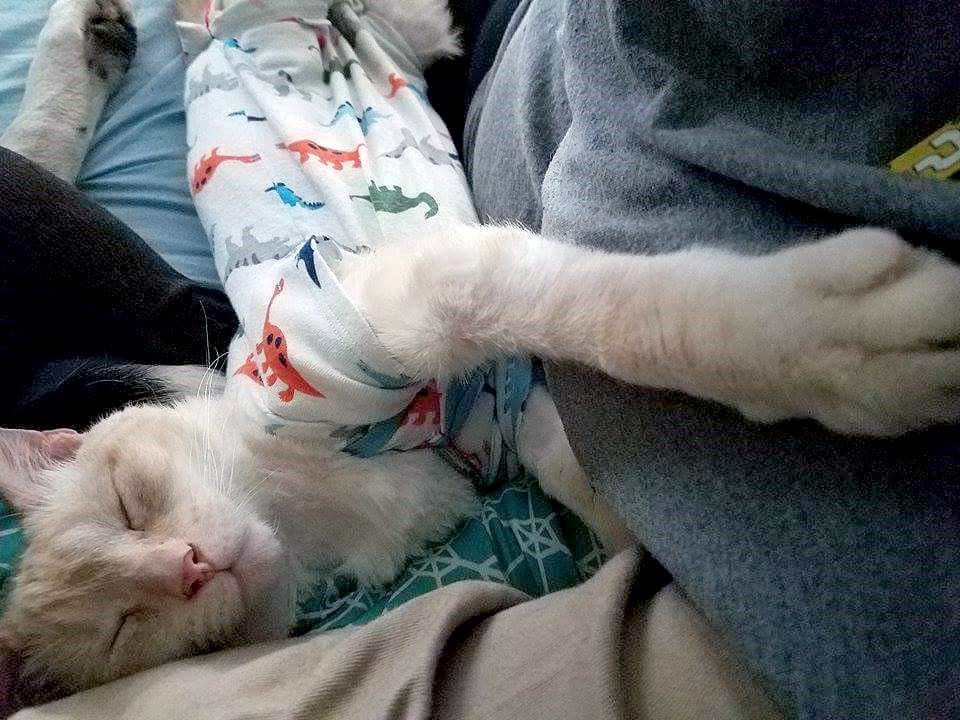 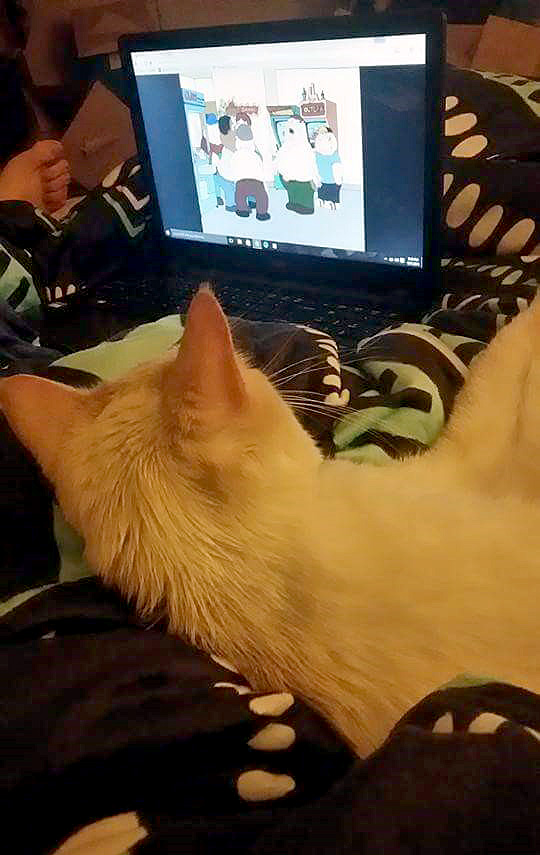 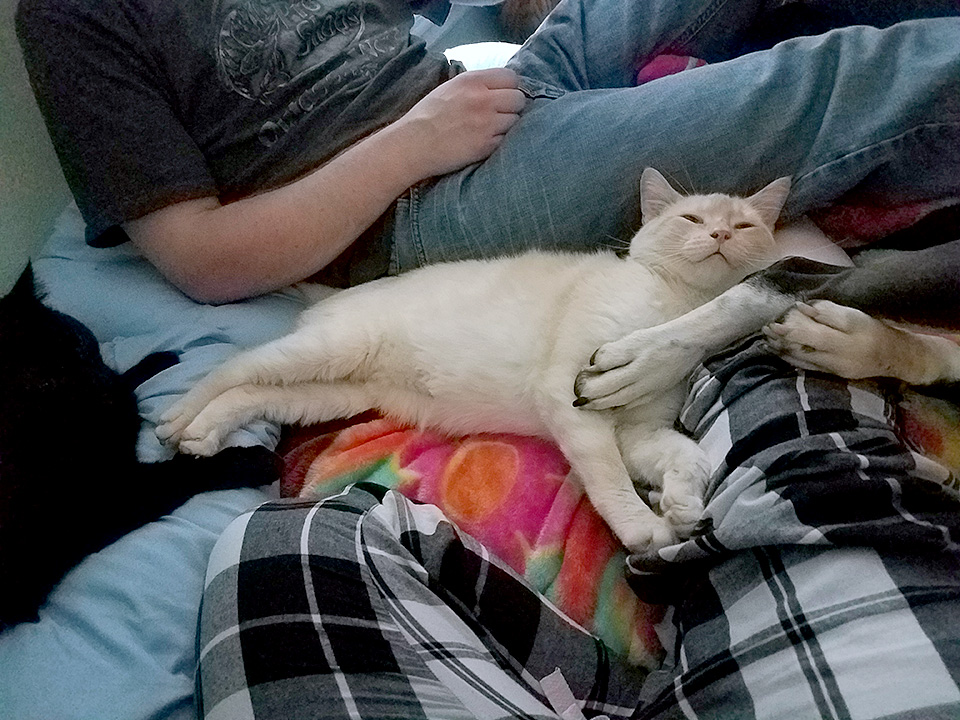 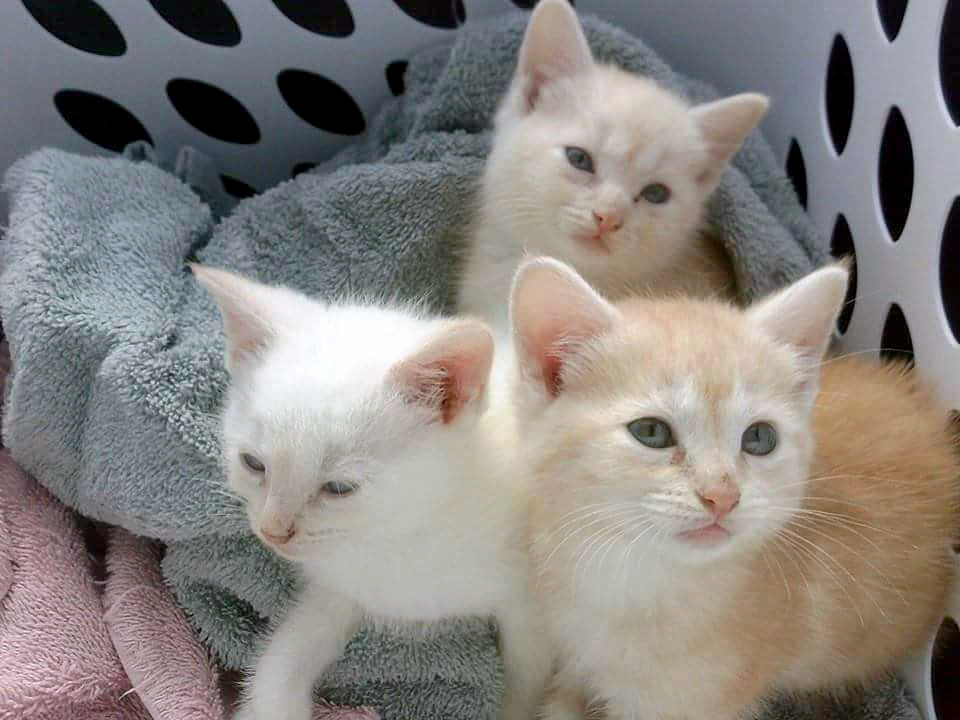 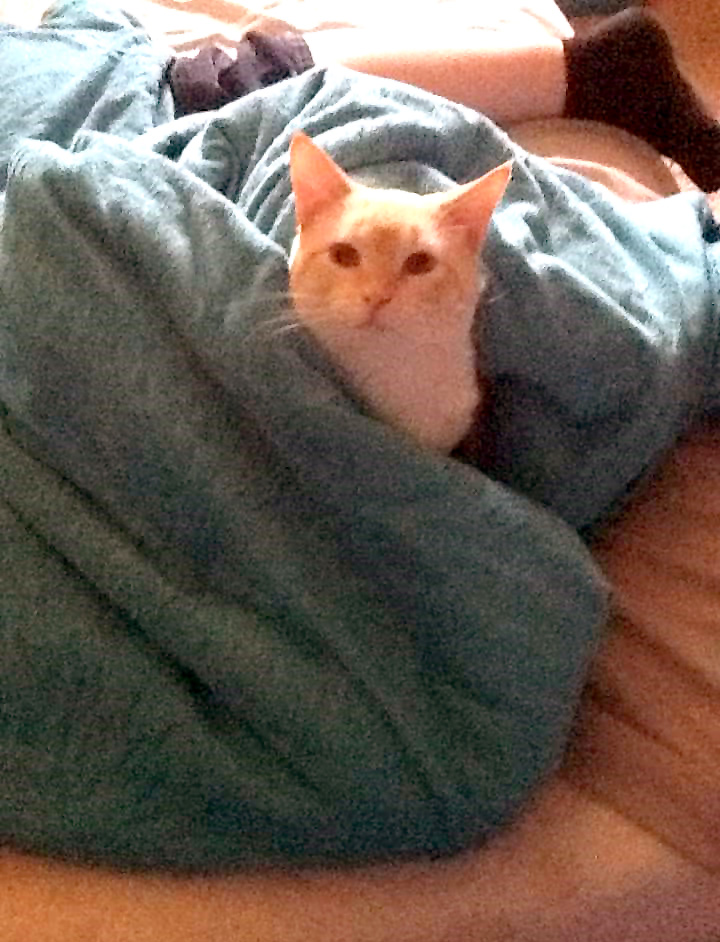 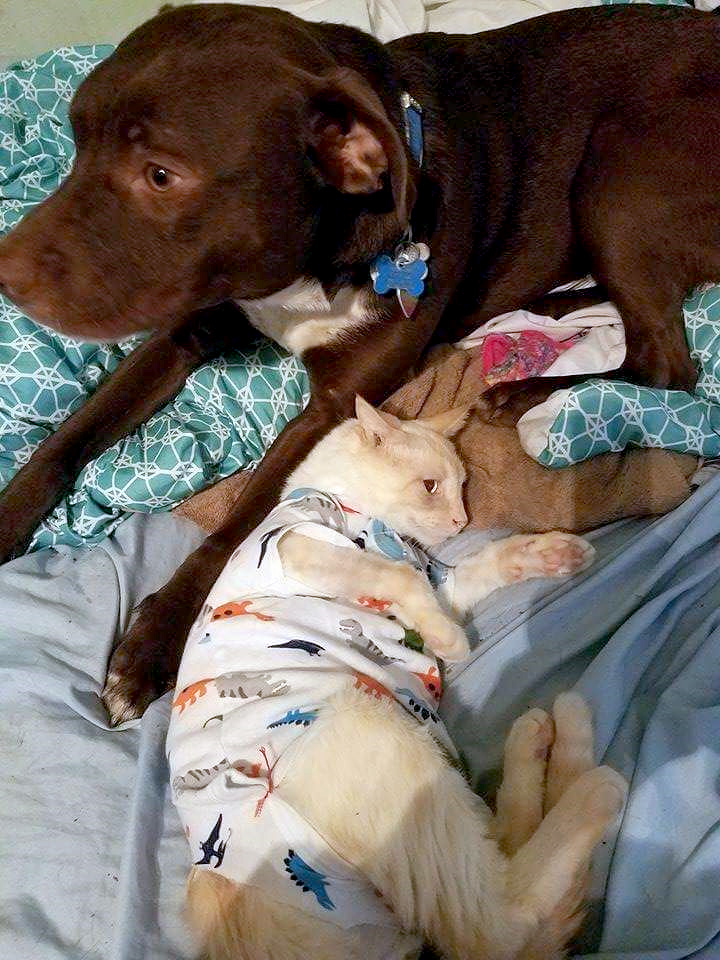 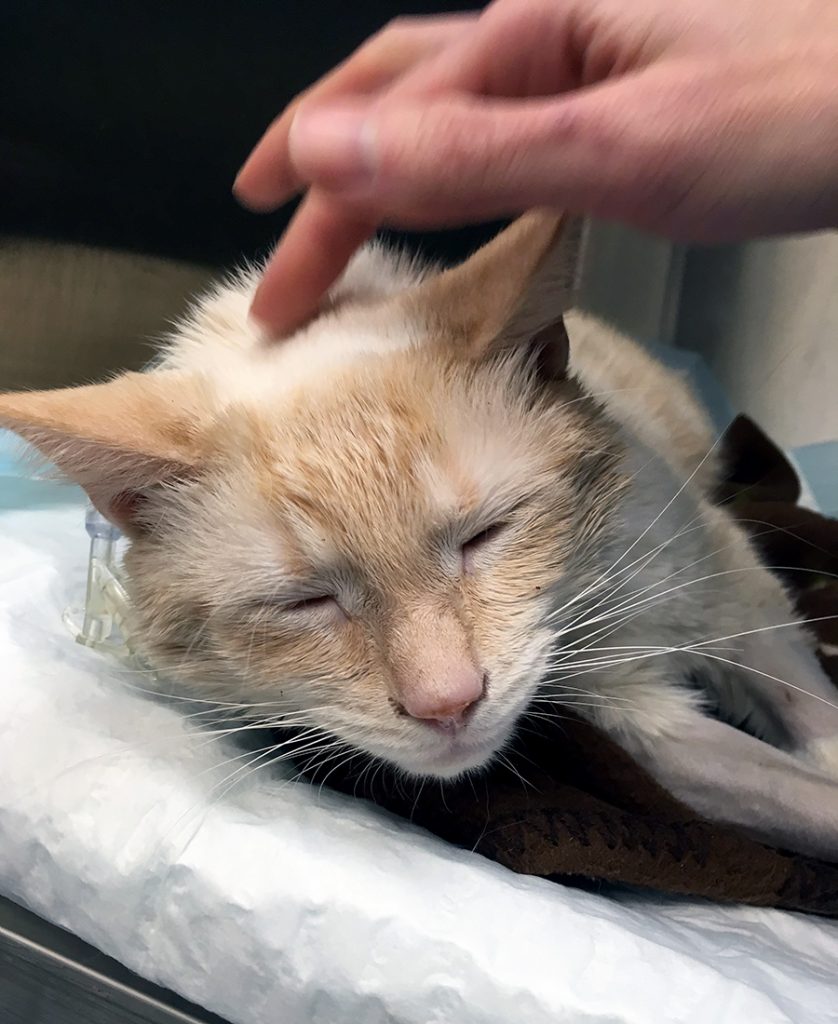 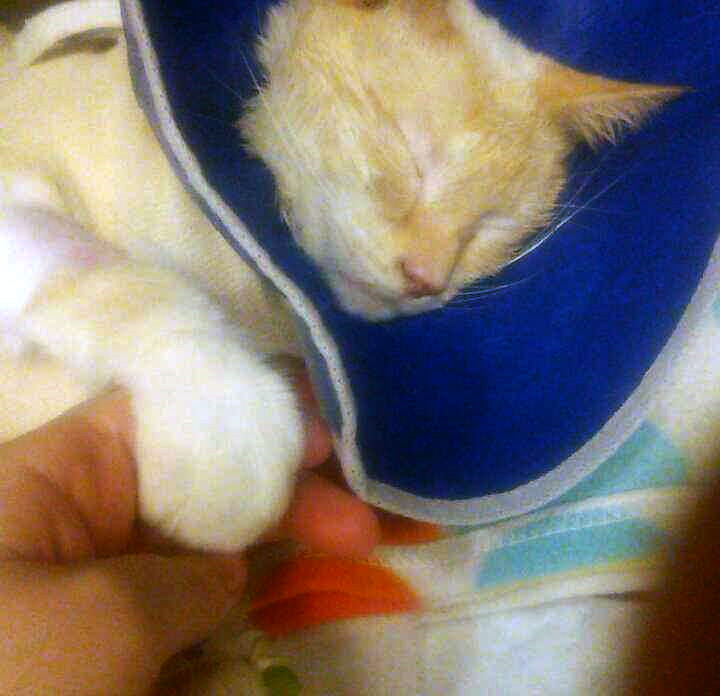 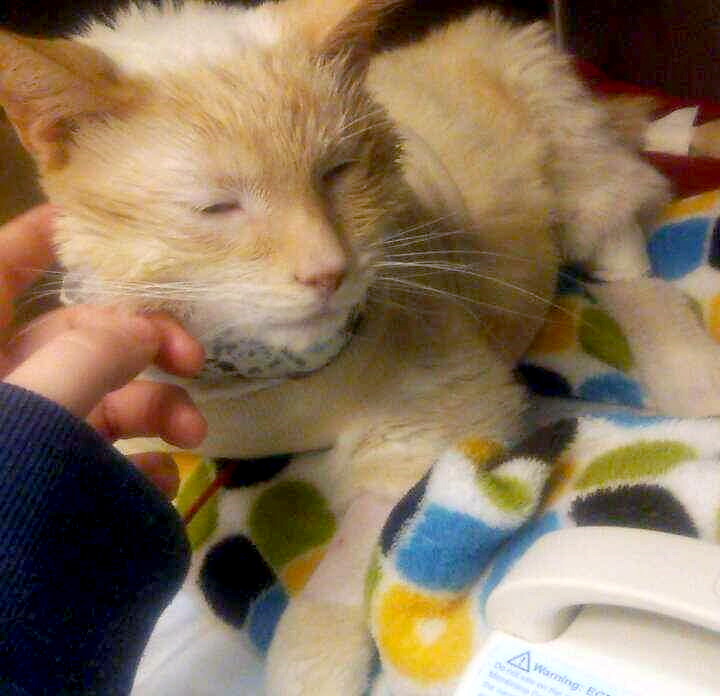 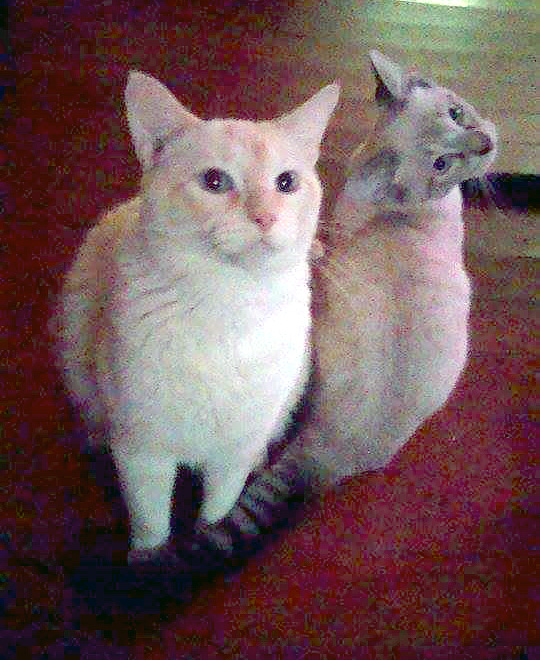 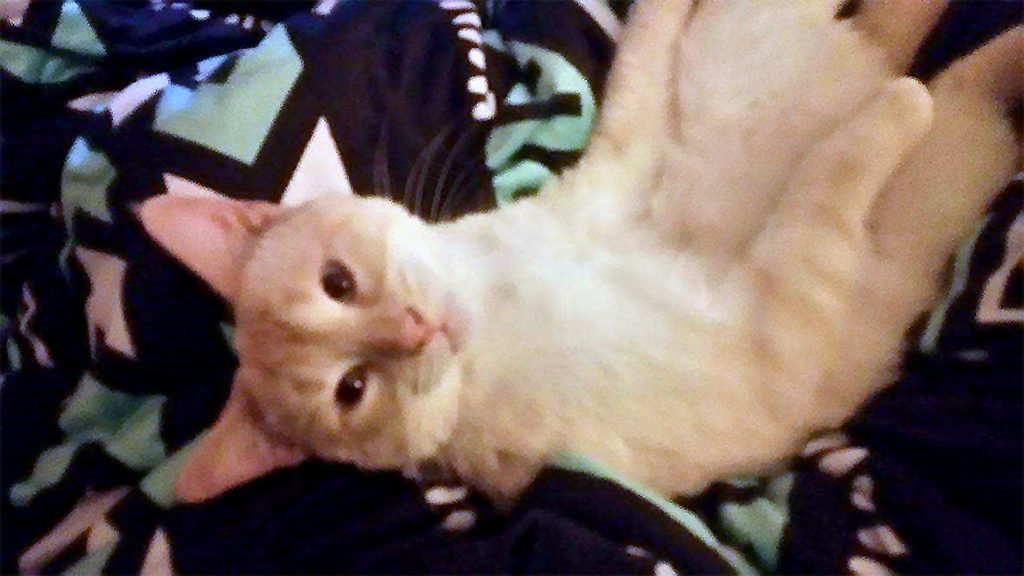 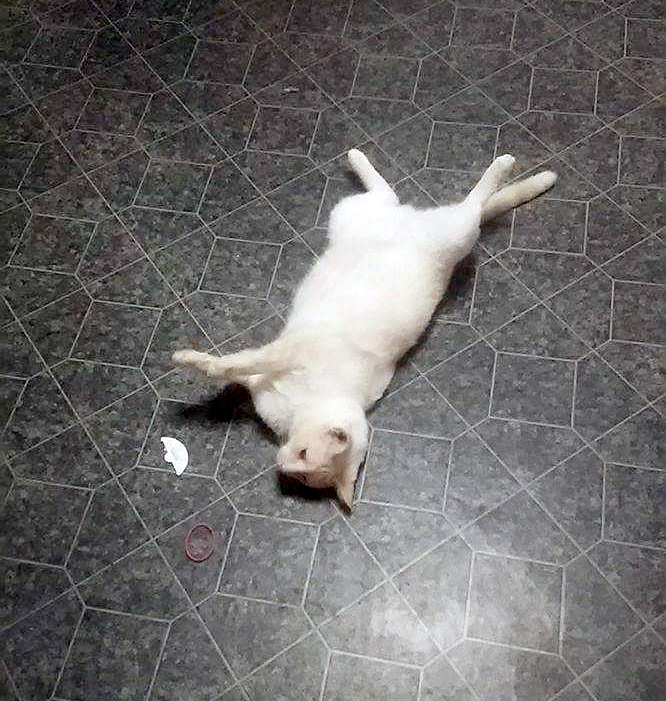